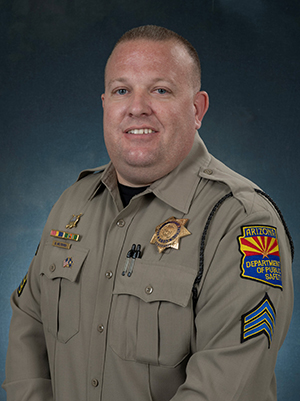 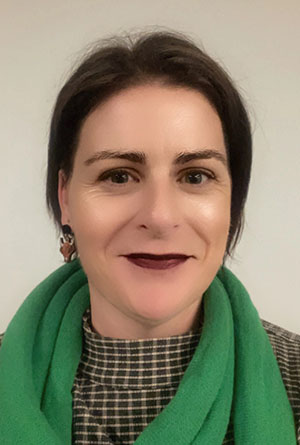 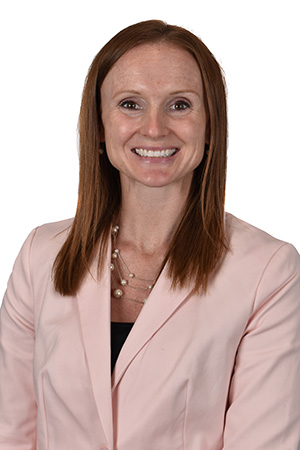 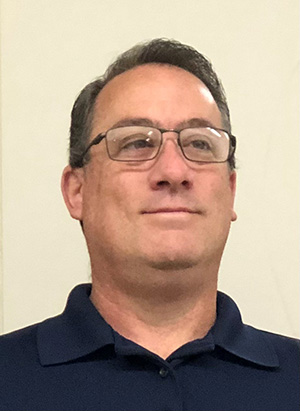 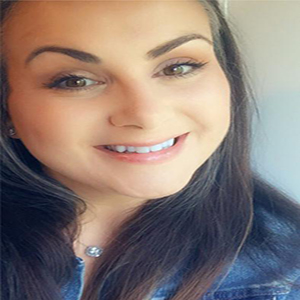 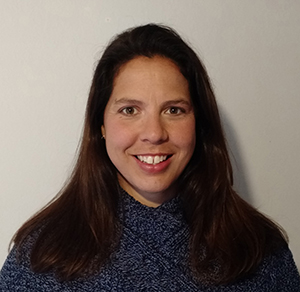 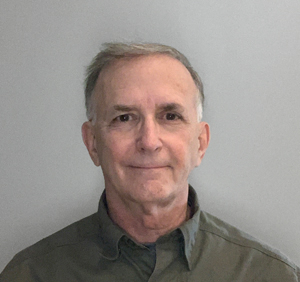 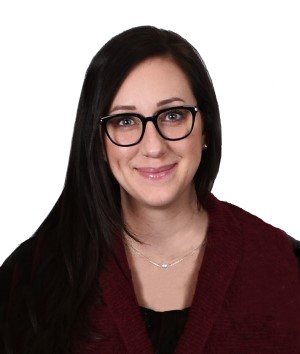 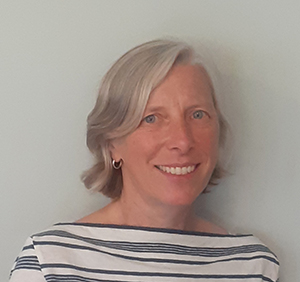 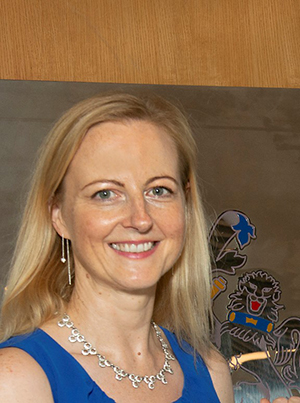 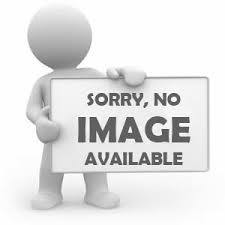 Lora Sims is the Director of Facial Identification Training and a Biometrics SME currently employed by Ideal Innovations, Inc. In this position, Ms. Sims coordinates all training classes as well as many other Face related activities within the company and provides subject matter expertise on Biometrics for contracts and consulting/expert witness work. Involved in the biometrics field since 2007, Lora has advanced through her organization, starting as a helpdesk operator servicing worldwide tactical operations support in tenprint and latent print identification and being promoted to Tenprint Examiner in 2008. Soon thereafter, the system she worked on was upgraded to become a multi-modal system, integrating face and iris modalities to the fingerprint system, and her career evolved into the role of a Sr. Biometric Examiner (BE). In this Sr BE position, she has co-authored an internal training to competency program on facial identification & iris comparisons and been made responsible for mentoring and training new employees through the tenprint and facial training program while integrating them into an operational environment. She also further advanced her own qualifications and capabilities by qualifying as a Certified Tenprint Examiner through the International Association for Identification (IAI) in 2013 and was recertified in 2018. Lora joined the Facial Identification Scientific Working Group (FISWG) in 2011 where she served first on the training subcommittee and then on the One-to-One subcommittee. She serves as the chair of the FISWG from Spring 2015 to present. Lora also served as the chair of the Facial Identification Subcommittee of the Organization of Scientific Area Committees (OSAC) for Forensic Science from 1 Oct 2014 to 30 Sept 2021. Lora was appointed to the FSSB in October 2021 and serves as the chair of the Digital/Multimedia Scientific Area Committee.

Johanna Morley is a Biometrics Expert with Interpol, based in Lyon, France and has been involved in Facial identification since 2004, when she worked for the Forensic Science Service in the United Kingdom. Johanna subsequently joined the Metropolitan Police Service in London where she worked as a senior facial examiner. As part of her role she lead on the development of facial image comparison as a scientific discipline, initiated research and gave evidence in court on several occasions. Johanna then changed her focus to facial recognition systems and for several years worked on the implementation, optimization and development of facial recognition services on behalf of law enforcement. Johanna joined the Facial identification Scientific Working Group and was elected as the Vice-Chair at the inaugural meeting in 2009. Since then, she has sat as a member of the One-to-One subcommittee and more recently the Systems & Capture subcommittee.

Ed German is a charter member of the Facial Identification Scientific Working Group (FISWG). Since 1971, he has worked on six continents and lived on three continents during forensic employment specializing in human identification. Ed retired from the CIA in 2015 as a Senior Research Scientist/Technical Intelligence Officer at the pay grade GS15/Step 10 (combining CIA and FBI civil service years).

Ed is a Distinguished Member of the world’s largest and oldest forensic science organization, the International Association for Identification (IAI), and recipient of the IAI’s highest forensic science award (Dondero award). He previously chaired the IAI's Facial Identification Subcommittee and the IAI's Biometrics Information Services Subcommittee. Ed is a Certified Biometrics Professional, IEEE and a Certified Latent Print Examiner, IAI.

He is an affiliate member of the US Government’s OSAC subcommittee responsible for establishing national standards, guidelines, and best practices for forensic face examination (https://www.nist.gov/organization-scientific-area-committees-forensic-science/facial-identification-subcommittee).

Ed is a Member of the US Government’s OSAC subcommittee responsible for establishing national standards, guidelines, and best practices for forensic fingerprint examination (https://www.nist.gov/osac/friction-ridge-subcommittee).

He has testified as an expert witness more than 100 times at civilian and/or military judicial proceedings in Tennessee, North Carolina, Pennsylvania, Alaska, Florida, Arizona, Illinois, Kansas, Michigan, Mississippi, Iowa, California, Georgia, Maryland, Virginia, New York, Japan, Republic of Korea, Republic of the Philippines, and the US Territory of Guam. Ed was one of three fingerprint experts presenting direct testimony on behalf of the US Government in the nation’s first Daubert hearing on fingerprints: US v. Byron Mitchell, US District Court for the Eastern District of Pennsylvania (https://onin.com/fp/bmitch2.pdf). The other two experts were the senior fingerprint expert from the FBI Laboratory and

the senior fingerprint expert from the Royal Canadian Mounted Police.

During the 1970’s, 80’s and 90’s, Ed introduced Japanese research on superglue fuming and reflected ultra-violet imaging systems to the English-speaking world (that fingerprint research doubled the amount of latent prints recovered from non-porous evidence worldwide). In 1981, he was the first scientist, worldwide, to testify to laser-detected fingerprints, and in 1983 he was the first American forensic scientist to use digital imaging technology in a forensic laboratory.

Ed supervised the Illinois State Police (ISP) forensic laboratory system's latent fingerprint program when ISP became the world’s first accredited forensic laboratory system in the 1980s. In 2016, Ed German returned to the hometown where he and his loving wife grew up. He serves as the Forensic Lead at the Macon County (Illinois) Sheriff’s Office where his mother worked for many years (into her late 70s). Ed provides face and fingerprint forensic support to ten local and state law enforcement agencies in Illinois.

Arizona Department of Public Safety (DPS) Sergeant Daniel Heltemes has twenty years of Law Enforcement (LE) experience working for a municipality, county and state agencies within the State of Arizona. He has held various assignments including 911-dispatcher, Police Officer in patrol and traffic units, Detective in narcotics and major crimes, and a Sergeant in Internal Affairs, Digital Forensics and Forensic Images Unit. In 2016, he developed and implemented a Facial Recognition program for the State of Arizona in conjunction with the Arizona Counter Terrorism Information Center (ACTIC). He conducted extensive research on FR by networking with numerous agencies throughout the United States. He developed a selection process, conducted interviews and selected Detectives and Professional staff for his team. He developed training, policy and procedures, obtained office space and equipment, and wrote grants for funding. The demand and success for FR section quickly grew in size and he was able to negotiate with three LE agencies to provide staffing, both sworn and professional, to develop a very successful multiagency FR and Audio/Video Forensic Images Unit at the ACTIC. He did not stop there and continued to grow the FR program by implementing statewide training and licenses for FR to be used by Troopers and Professional staff in the field. This included requesting and extensively working with the Department’s FR vendor to develop a cellular phone application for FR. He provided technical specifications on what the application required and implemented real world testing in the field until it was successful. His team has won several awards for case work both within the DPS and from international FR vendors. He routinely provides FR presentations to LE agencies throughout Arizona, provides and organizes FR training, and speaks about the Departments ethical FR program at Domestic and International conferences. He currently serves as the Vice-Chair of the Facial Identification Scientific Working Group (FISWG) and an Ad Hoc member of the International Association for Identification Facial Identification Subcommittee. He has served on a technical review panel as a Subject Matter Expert (SME) for the National Institute of Standards and Technology (NIST) Organization of Scientific Area Committee (OSAC) for Facial Identification Subcommittee. The last several years his law enforcement path has been devoted to improving FR both within Arizona and at the National level through education, training, and equipment.

Ms. Krystal Howard has been with the Michigan State Police for 10 years. She is currently the Michigan State Police, Digital Analysis and Identification Section manager. She manages the Statewide Network of Agency Photos (SNAP) image database and the Digital Crime Scene Repository. She is a trained Digital Image Examiner, conducting morphological comparisons to aid with investigations statewide.

Mark Dolfi is a biometrics subject matter expert and the Facial Recognition & Identification Trainer for the Los Angeles County Regional Identification System (LACRIS), which oversees the criminal data collection for over 65 law enforcement agencies. He has over 30 years of law enforcement experience with the Los Angeles County Sheriff’s Department dating back to biometric collection in 1991. Mark gradually moved through the development and implementation of fingerprint and photo capture devices and in 2012, he joined the LACRIS Training Unit. He attended his first FISWG meeting in 2013, and is currently the Training Task Group Lead. As a biometrics subject matter expert, Mark participates regularly in policy development for local, state, and federal agencies.

Samantha Hedrick is a Senior Biometric Examiner currently employed by Ideal Innovations, Inc. Involved in the biometrics field since 2010, Samantha worked as a Biometric Technician offering support to the Examination Staff within the Defense Forensic Biometric Agency – Biometrics Operation Division and advanced to Biometric Examiner in the following year. As an examiner, Samantha supports a multi-modal database including tenprint records, facial images and iris images, mentors new examiners, manages document development and maintains standard operating procedures and assists with quality assurance efforts. Samantha has also been an instructor for Ideal Innovation’s Facial Identification Training program since 2019. Prior to her work in biometrics and forensics, Samantha served in the United States Army for four years as a Military Police Officer, while simultaneously earning her Bachelor’s Degree in Criminal Justice from Fairmont State University. Samantha joined the Facial Identification Scientific Working Group (FISWG) in 2019 as a member of the Training and One-to-One Subcommittees. Samantha was elected during the Fall 2020 meeting and currently serves as the chair of the Glossary Subcommittee.

Jennifer Coulson has been a member of FISWG since 2018 in the One-to-One Subcommittee. Jennifer has been involved with facial recognition since 2017 and had a previous career as a Parole Officer with the Michigan Department of Corrections for nine years. She has a Bachelor of Science degree in Criminal Justice with a minor in Psychology from Eastern Michigan University. She is currently employed as a Digital Image Specialist with the Statewide Network of Agency Photos at the Michigan State Police where she specializes in Identity Fraud and Postmortem facial recognition.